We are proud to announce Spook Manor, designed by David Bruglia and Drake Villareal with art by The Mico! It’s been fifty years since Startleton was terrorized by monsters in motor carriages. They were never to be seen or heard of again, and so with time the monsters become nothing but a part of old folks tales and scary campfire stories.

Since then, Spook Manor has sat empty and fallen into disrepair. Recently, a local group of children decided to prove that “there are no such things as monsters” and so they gathered up the courage to go on an adventure and explore the manor.

You overheard that a group of brave kids are planning to stay the night here soon—this is the perfect opportunity to restore Spook Manor to its former terrifying glory and show them just how wrong they are!

Over the course of the game, you will draft and place twenty Room cards in an effort to restore Spook Manor. Different kids have different fears, and scaring them properly will award more points. In addition to rebuilding the manor and scaring the kids, you’ll also want to invite lots of monsters! Spook Manor was once famous among monsters as a party house. Monsters are terrifying, sure, but they also need something to do, so make sure you’ve got plenty of entertainment lined up for them to get down to. The player who has the best plan (most VP) to restore Spook Manor at the end of the game, wins! 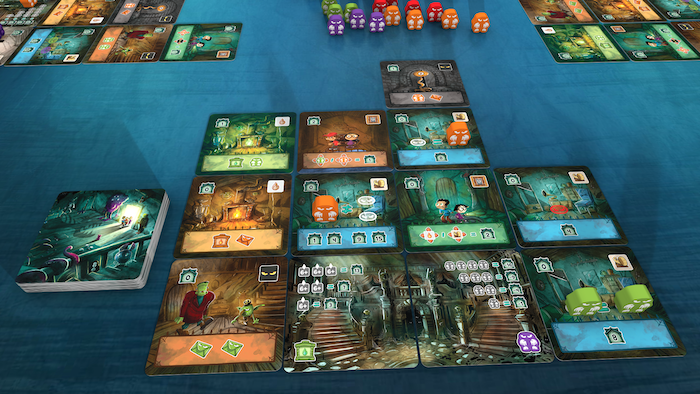 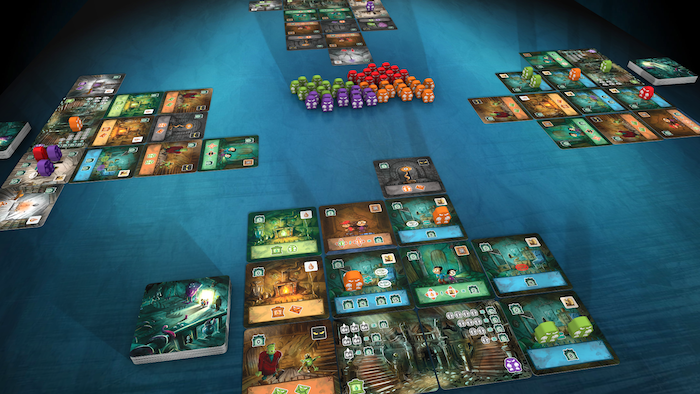 The game is a quick and fun card drafting and placing game for 1-6 players that can be played in 30 minutes.

The game comes with 180+ cards, 68 monster meeples, Lighting Scorecards and scoring sheets. Spook Manor will be delivered to you together with your Monsters on Board rewards.

We have the draft version of the rules ready for you on the following link: